Cup and case given by Thomas Coram to his nephew and godson, Thomas Corham

Prior to his success in establishing the Foundling Hospital, Thomas Coram was a shipbuilder in the American colonies. He had returned to England in 1704, and he and his American-born wife, Eunice, settled in the Rotherhithe area of London. He continued to trade and campaign on American issues. This expensive christening present shows childless Coram’s affection for his nephew but also hints at his level of wealth at this time. It was given the year before the now-retired ship builder began his 17-year campaign to win approval for the Hospital, his ‘darling project’, a home for England’s most vulnerable children. It perhaps marks the point when his attention returned fully to his birth country.

Discover more Belongings
Did you know...

The first 30 babies were admitted to the Foundling Hospital on 25 March 1741. 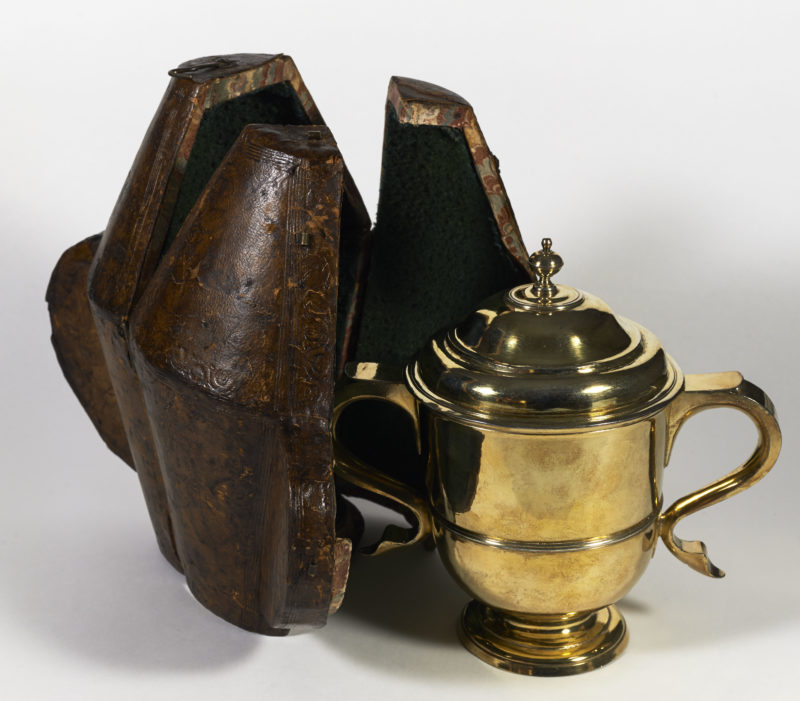 Donated to the Foundling Museum by Peter and Henrietta Fudakowski, Peter and Rosemary Brown and the Goldsmiths’ Company, 2016

More stories about the personal items in our Collection

Where did Handel keep his will?

Where did Handel keep his will?…