George Frideric Handel, the German-born Baroque composer, supported the Hospital with benefit performances, starting in 1749. His Foundling Hospital Anthem and his oratorio Messiah were the two pieces most closely associated with the charity.

Handel wrote his will in 1750 and added four codicils; these were written out and witnessed variously by Thomas Hetherington, John Maxwell, Thomas Harris, A. Rudd and John Christopher Smith, and were signed by Handel, who was losing his sight. The last codicil is dated 11 April 1759, shortly before he died. The third codicil, dated 4 August 1757, includes a bequest to the Foundling Hospital of “a fair copy of the Score and all the Parts of my oratorio called The Messiah”; these were duly copied out and a volume of the score can be seen in the Museum’s Handel Gallery near the Will. Having the music copies enabled the charity to continue to put on benefit performances.

Handel’s estate amounted to almost £20,000 when he died in 1759. He left over thirty specific bequests to friends, staff and family; unusually for the time, the first person he mentions is his servant.

Discover more Belongings
Did you know...

The first performance of Handel's Messiah at the Foundling Hospital took place on 1 May 1750. 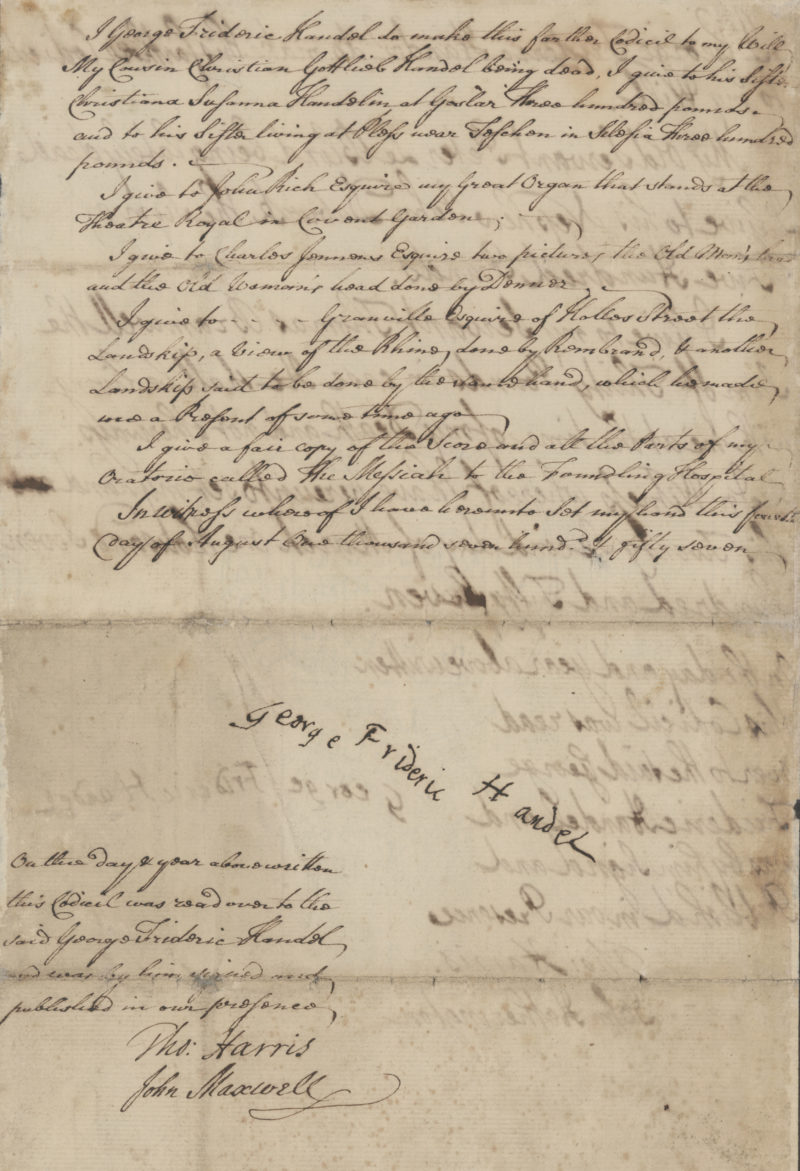 More stories about the personal items in our Collection