This elaborately decorated room, with its fine Rococo ceiling and works of art by leading British eighteenth-century artists and craftsmen, was the venue for meetings of the Foundling Hospital’s Governors as well as the annual dinners held by its artist Governors.

Governors held meetings on a regular basis, including on several occasions Christmas Eve, and discussions ranged from the institution’s general finances to individual cases of children requiring special care. Mothers hoping to have their children accepted were also interviewed by a panel of Governors, a potentially terrifying ordeal for these desperate women.

The artists invited to contribute to the decoration of this room were well-aware of the opportunity to showcase their skills, from William Wilton’s plaster ceiling, to William Hogarth, Francis Hayman and Joseph Highmore’s largescale religious paintings, to the small roundel of the Charterhouse by a young Thomas Gainsborough. Many of these artists were made Governors and discussions at their meetings and dinners eventually led to the setting up of the Royal Academy.

This room is one of three historic interiors from the original eighteenth-century building, recreated in the 1930s building which now houses the Museum and our Collections.

William Hallett, who made the mirror in the Court Room, ungenerously charged £3.15s

What you'll see in the Court Room 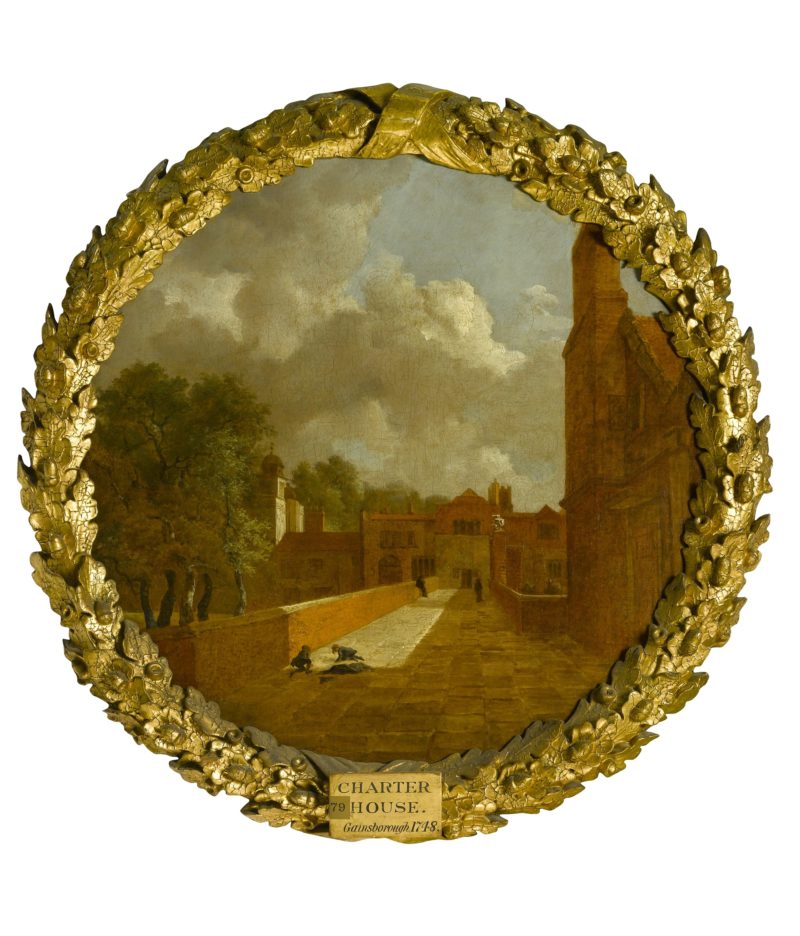 This painting is one of eight roundels, or circular paintings, made for the Hospital’s Court Room.