Many of the Hospital’s Secretaries, the equivalent of a chief executive, used this room to undertake the charity’s work and it was also known as the Secretary’s Room.

The Secretary’s work would have included writing to enquire from referees if a mother’s petition was truthful or responding to a claim for expenses from one of the wet nurse inspectors. In the case of Secretary John Brownlow, the most famous Foundling to grow up in the Hospital, it also involved corresponding with writer Charles Dickens about the latter’s rental of two pews in the Hospital’s chapel.

Other activity by the Secretaries included interviewing the mothers who had petitioned for their child to be accepted. Previously mothers had been interviewed by a panel of Governors in the elaborate Rococo Court Room. We believe the more modest appearance of the Committee Room may well have been less intimidating for these desperate women than the grand interior of the Hospital’s VIP room.

The Committee Room is one of three historic interiors from the original eighteenth-century building, recreated in the 1930s building which now houses the Museum and our Collections.

Committee Room in a painting

The Committee Room can be seen in Emma Brownlow’s painting 'The Foundling Restored to its Mother'.

Explore our works of art

What you'll see in the Committee Room

The March of the Guards to Finchley

This painting of 1750, Hogarth offers us a noisy, chaotic, humorous version of events from the 1745 Jacobite rebellion, five years before. 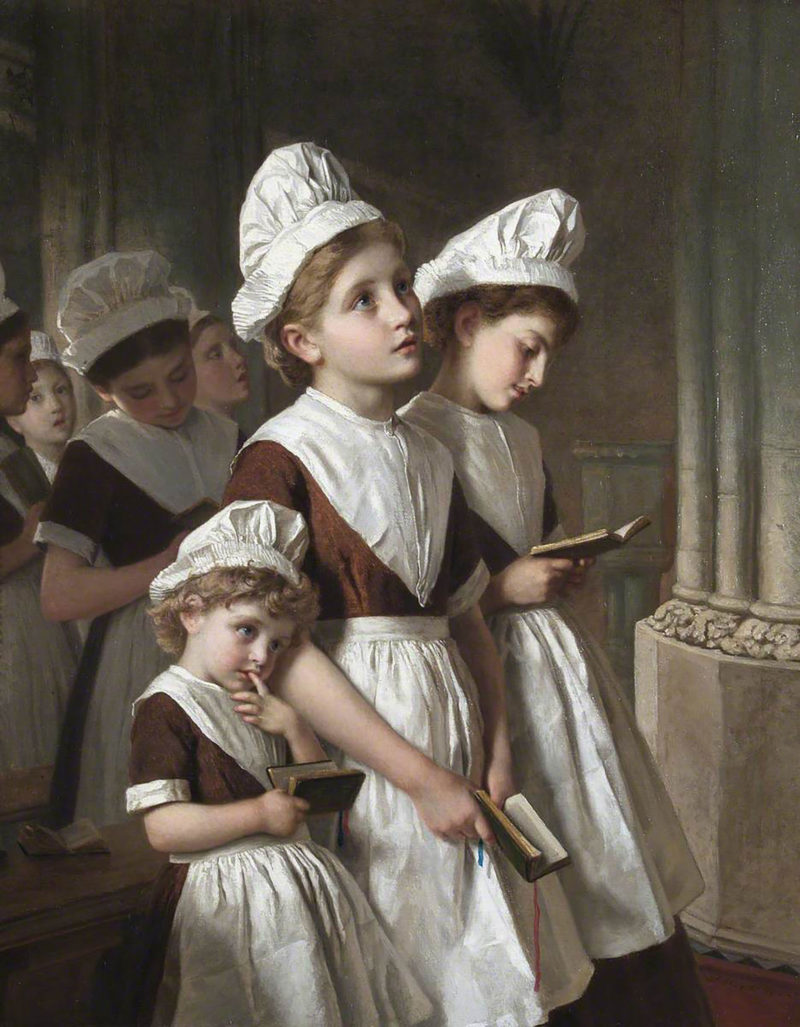 Girls in the Chapel

Many visitors to the Museum love this painting of girls at prayer in the Hospital Chapel.