Chosen by Eliza, a Museum volunteer, & John, a former pupil of the Foundling Hospital

This font was made for the Foundling Hospital Chapel by the Coade and Sealy stoneworks in 1804. Eleanor Coade, originally from a Lyme Regis family, purchased the artificial stone factory at Lambeth in 1769, and took on its sole running from 1771 onwards. Eleanor took on her cousin John Sealy as a business partner in 1799, a partnership which continued until his death in 1813. Eleanor Coade was an incredibly successful business woman, and Coade stone products were manufactured on a large scale and exported around the world. They were cast from moulds and highly durable. Given the honorific title of Mrs Coade for business purposes, although she remained unmarried, Eleanor has often been confused with her mother who went by the same name. 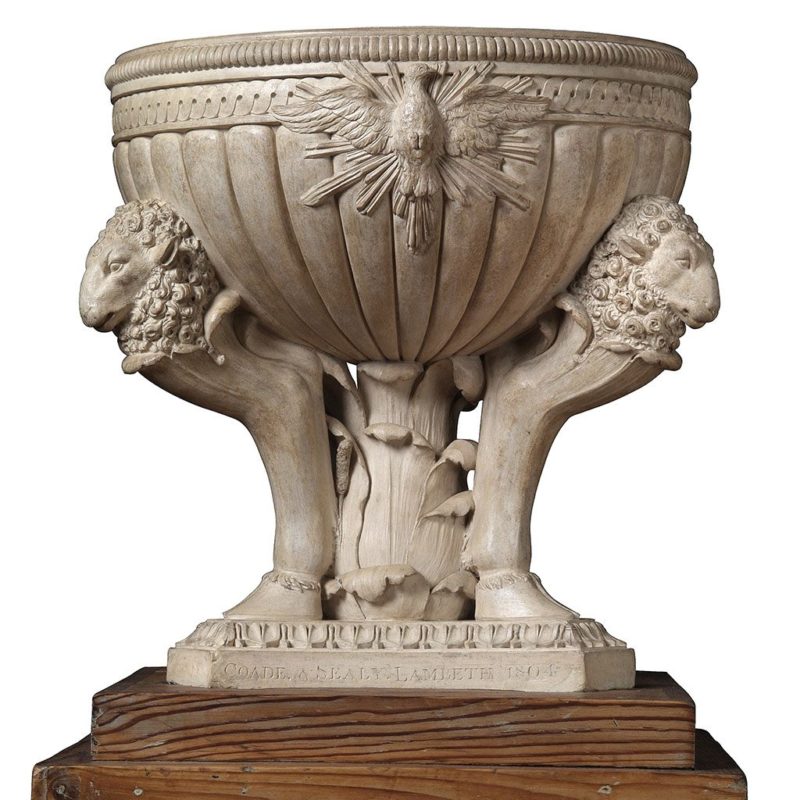 Font from the Foundling Hospital Chapel

Purchased for the Foundling Museum through the generosity of its supporters, 2015.