The Battle of Trafalgar, it might sound familiar. What won’t is the voice of eighteenth-century foundling and sailor George King, whose first-hand account of the battle we shared for the first time in our exhibition, Fighting Talk: One Boy’s Journey from Abandonment to Trafalgar.

You won’t have heard of George King before, but you should have. His life, with its ups and downs, reads like the pages of a novel. And thanks to his foresight in writing his story down you could uncover his tales of being press-ganged into the Navy, surviving brutal and bloody battles, meeting enslaved people in South Carolina and letting his hair down at the theatre in London’s West End.

Through the lens of his extraordinary autobiography we looked at the origins of the Foundling Hospital – the UK’s first children’s charity – and the contribution it made to Britain’s military and workforce in the 1700s. Using new research we expanded the story of the Museum towards a more inclusive global history, examining the realities of foundling apprenticeships and the impact that their labour had on Britain’s transformation into a global super-power, and hopefully brought you a new perspective to your understanding of Georgian society and the lives of its working-class citizens.

The exhibition was curated by Helen Berry, Professor of History at University of Exeter, and author of Orphans of Empire: The Fate of London’s Foundlings (Oxford University Press, 2019) – which we highly recommend a read of.

So who was George King?

Originally apprenticed to a confectioner in London, George ran away and was press-ganged into the Navy in 1804 with his journeys taking him across the Mediterranean to the Caribbean, Brazil and Argentina. His memoir provides us with both a humorous and harrowing account of life below deck, on shore, and in the thick of battle, including his account of the Battle of Trafalgar where he fought aboard HMS Polyphemus, which took 200 French prisoners and towed HMS Victory, bearing Nelson’s body back to Gibraltar.

We also talked about the physical and mental toll of George’s life at sea as described in his autobiography, which from a contemporary perspective shows the signs of someone struggling with the effect of witnessing the horrors of war at close quarters.

After 24 years in the Navy and with his health starting to decline, George travelled to Charleston in recently independent America, where he worked as a teacher before returning to England on a ship leaden with cotton. In England, having tried dock work, haymaking, hop-picking and being a policeman, he fell on hard times, but was lucky enough to gain a place at the Royal Naval Hospital in Greenwich where he died on 31 July 1857.

To bring George’s story to life we put together a real object rich treat, some of the highlights included the original manuscript of the autobiography – so that you can see his handwriting and the words he poured out on to the pages – a rare fragment of the flag from Nelson’s coffin, letters between the Hospital’s matron and Lady Emma Hamilton – annotated by Nelson himself – and two rare Naval General Service Medals, of which only 221 were awarded retrospectively when the medal was first issued in 1849, belonging to King and the foundling William South, who served aboard HMS Victory.

We are also welcomed contemporary artist and photographer Ingrid Pollard into the Museum. Known for her photographic series exploring landscape, geography, history, and the complexities of race, identity and belonging, her work often engages with the history of photography and its physical materials and processes. For the show Pollard reflected on the Foundling Hospital’s connections with Empire, trade and the Navy, looking at dialogues between past and present, and is showed newly commissioned work that responded directly to George’s autobiography, as well as existing pieces.

Watch these Q&A films with the exhibition’s curator Helen Berry, Professor of History at University of Exeter, on our YouTube channel.

Exhibition trailer for Fighting Talk: One Boy's Journey from Abandonment to Trafalgar 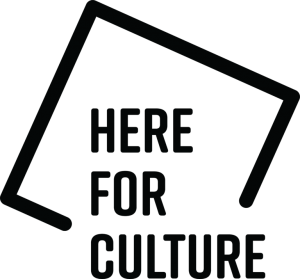